Jean authored a successful National Register nomination for the Frank Lloyd Wright-designed William A. Glasner House in Glencoe, which is locally significant under Criterion C for architecture. Nestled into a bluff overlooking a steep ravine, the 1906 Glasner House is perhaps the only work of Wright’s early years that truly relates to its site, and it was a precursor to such renowned Wright homes as Fallingwater. It features hallmarks of Wright’s Prairie style, such sweeping horizontal lines, emphasized by its continuous board-and-batten siding, strips of casement windows, and a low, hipped roof with overhanging eaves. The series of casements, often referred to as the “Tree-of-Life” windows, feature large iridescent squares in yellow/green and orange colored glass. Other signature Prairie style elements include a massive, brick chimney and s secluded front entrance. The modest house was built for William and Cora Glasner at a cost of $5,500 and its design omitted a formal dining room. Wright included a drawing and plan of the house in his 1911 Wasmuth Portfolio. 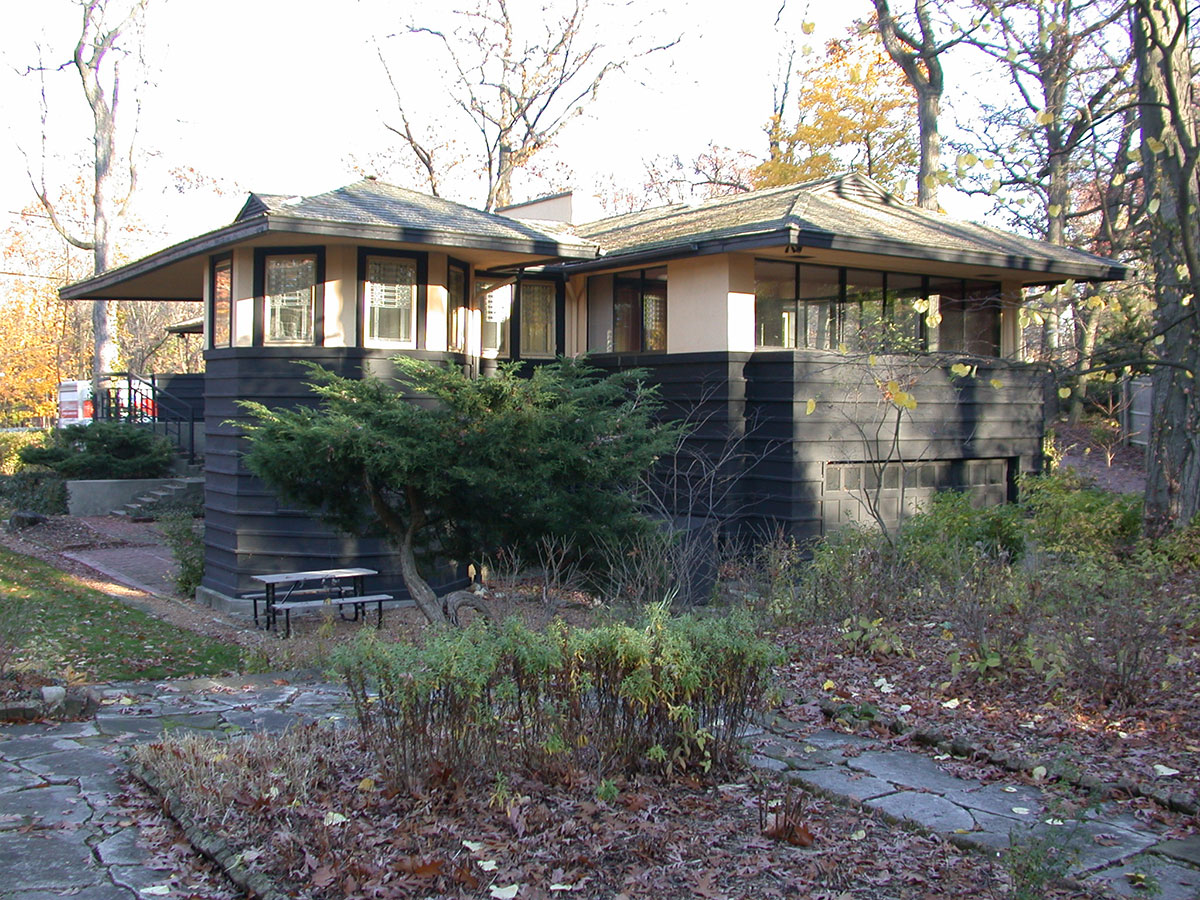 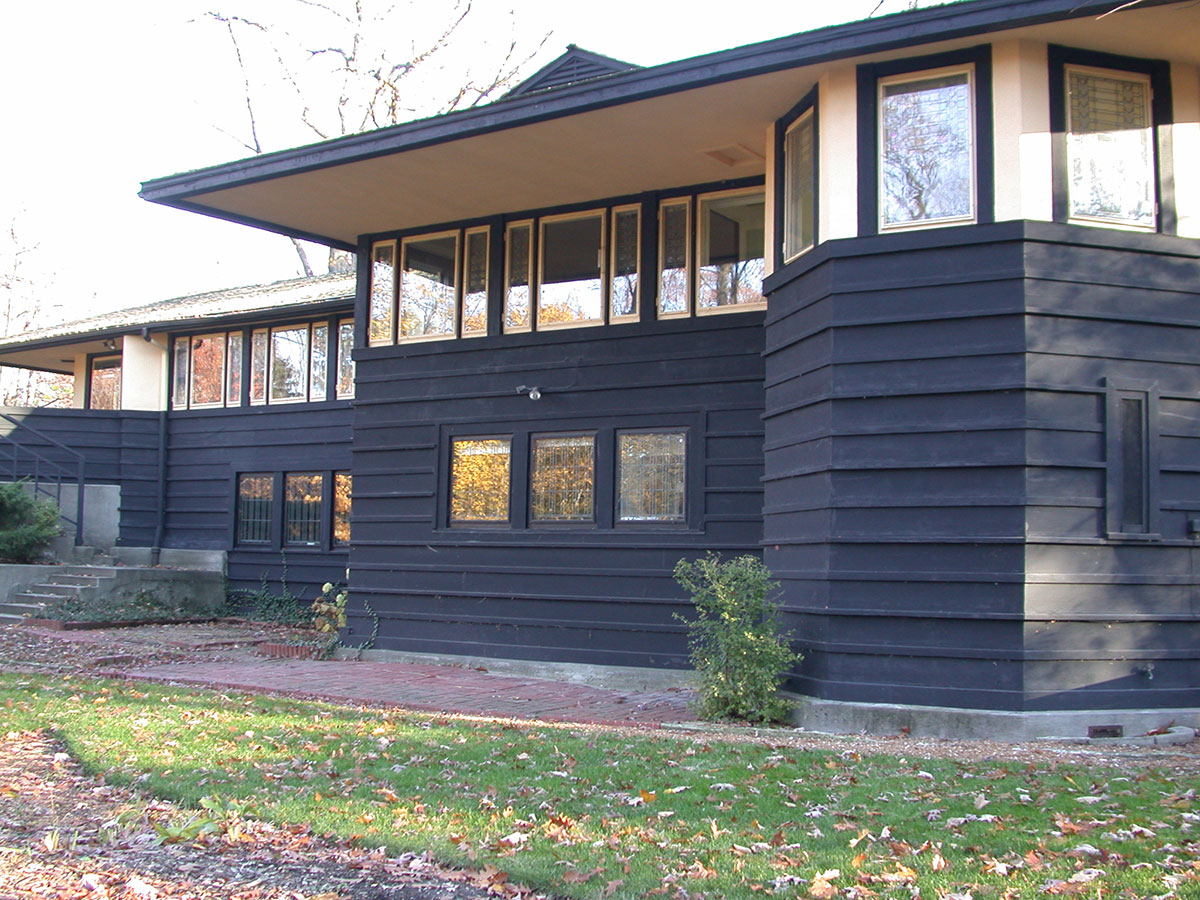 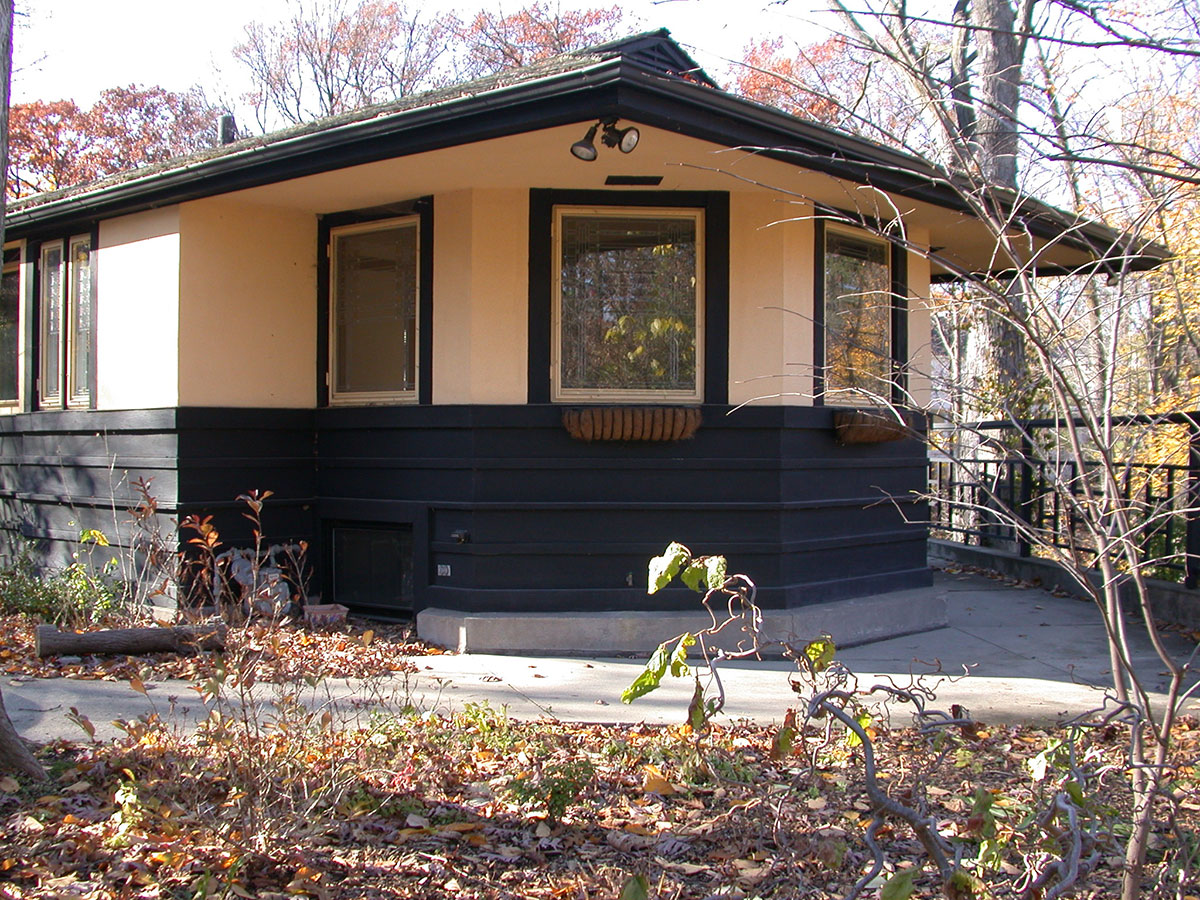 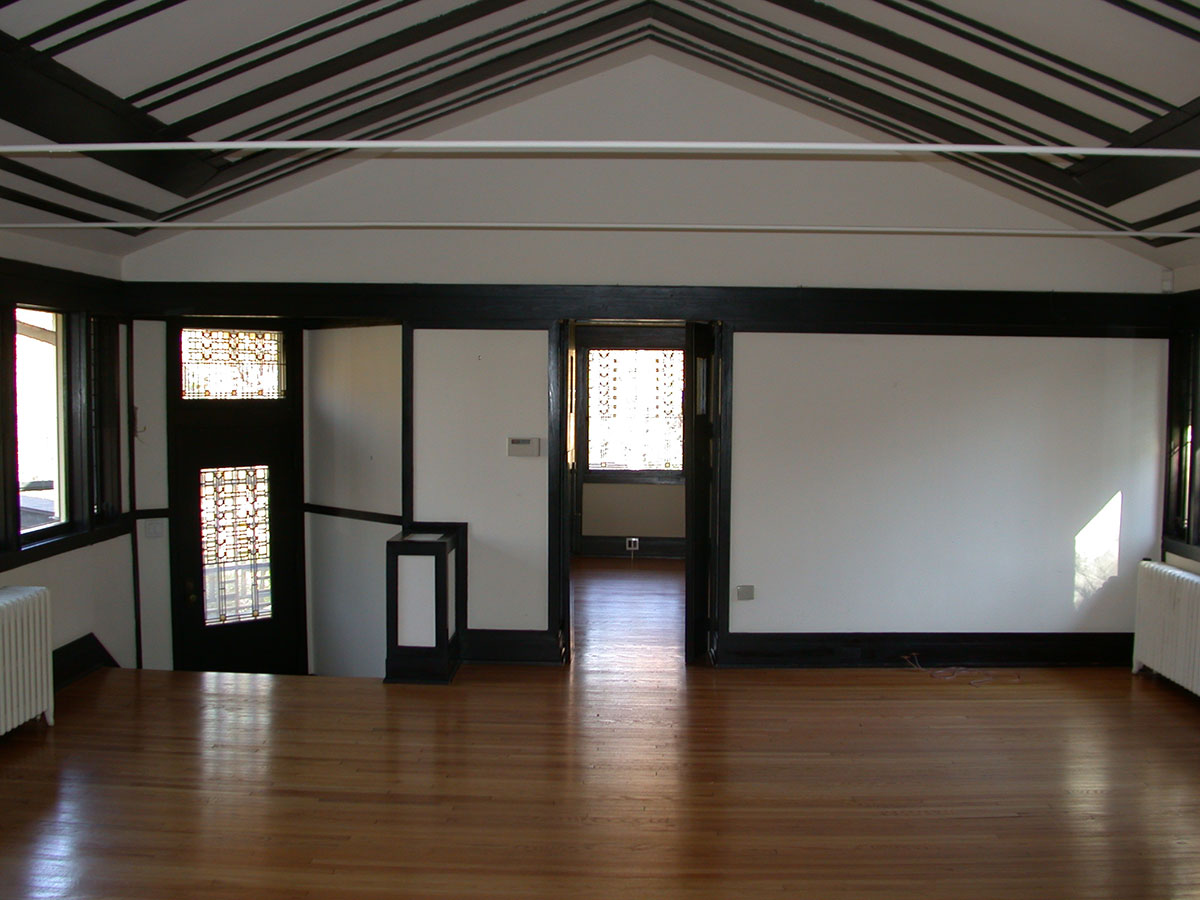 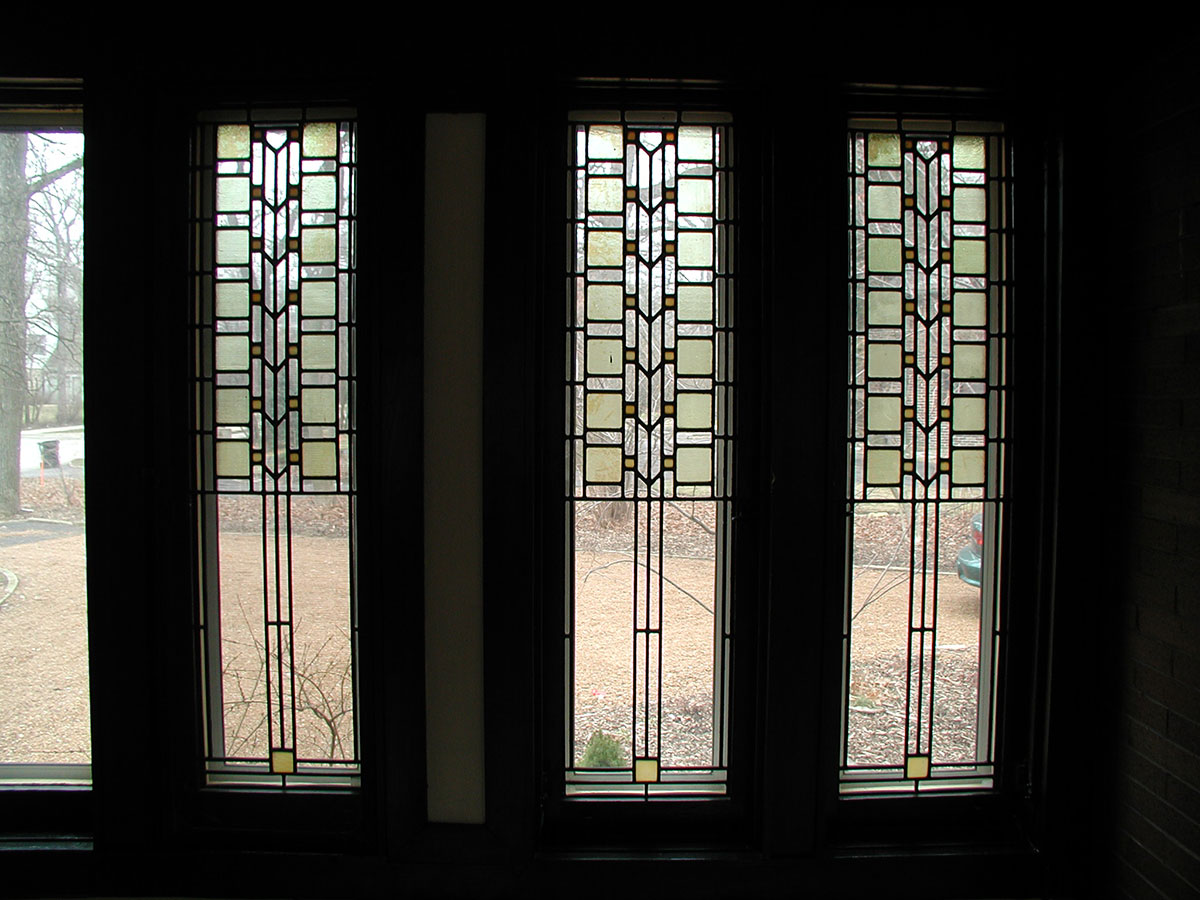