Jean researched and wrote Historic American Building Survey (HABS) Outline Reports for the Maywood Park Racetrack, a project that was undertaken to mitigate the adverse effects of its demolition, per the Illinois State Agency Historic Resources Preservation Act. Jean also worked with a photographer who undertook the large format black-and-white photography, and she reviewed the floor plans developed by staff at MARS for the report.

The 55-acre Maywood Racetrack site featured numerous resources, including a ten-story grandstand, dormitories, various types of barns and storage buildings, and an office building. Jean developed a Cover Document in HABS Outline format, which described the grandstand, as well as separate HABS Outline reports for the various types of outbuildings. Contextual essays focused on the history of harness racing in the United States and the Chicago region; a history of the Maywood Park Racetrack; original owner Arthur Galt Sr., a prominent real estate developer; and architect Lionel K. Levy, who designed the 1965 grandstand and was nationally known for his design of sports venues.

The Maywood Park Racetrack, which operated from 1946 to 2015, served as one of the premier half-mile racetracks in the United States for harness racing during much of its history. The sport involves a Standardbred horse pulling a driver sitting on a two-wheeled vehicle, called a sulky. Later modernization and expansion of the property involved the construction of a massive ten-story grandstand/clubhouse building, which featured a 400-foot-long curtain wall (1965), as well as steel-and-concrete barns built in the 1970s that were interspersed with a series of motel-type dormitories used mainly by groomsmen. The establishment of off-track betting in the late 1980s, combined with the later legalization of casino gambling and video gaming machines in Illinois, spurred the decline of visitors to Chicago-area racetracks. Maywood Park Racetrack was closed in 2015 and was razed four years later. 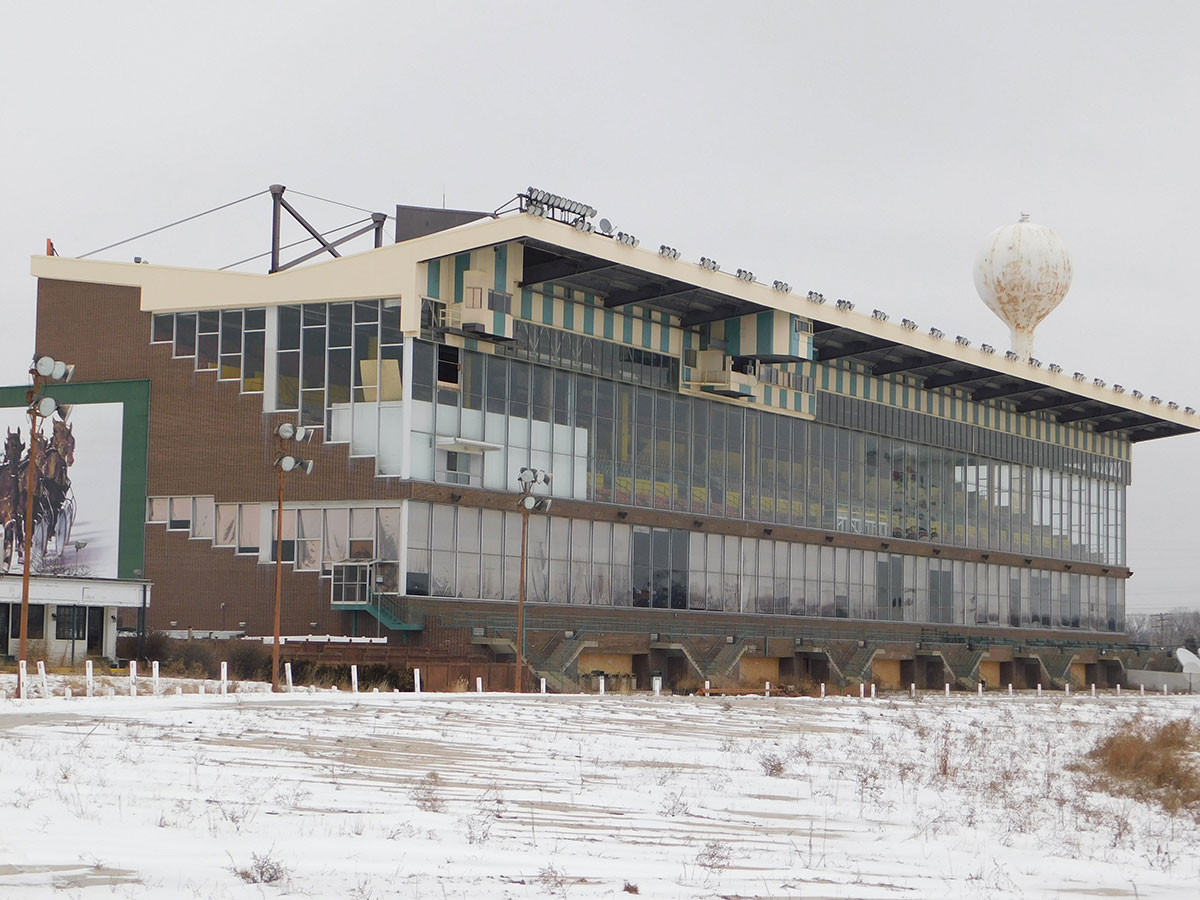 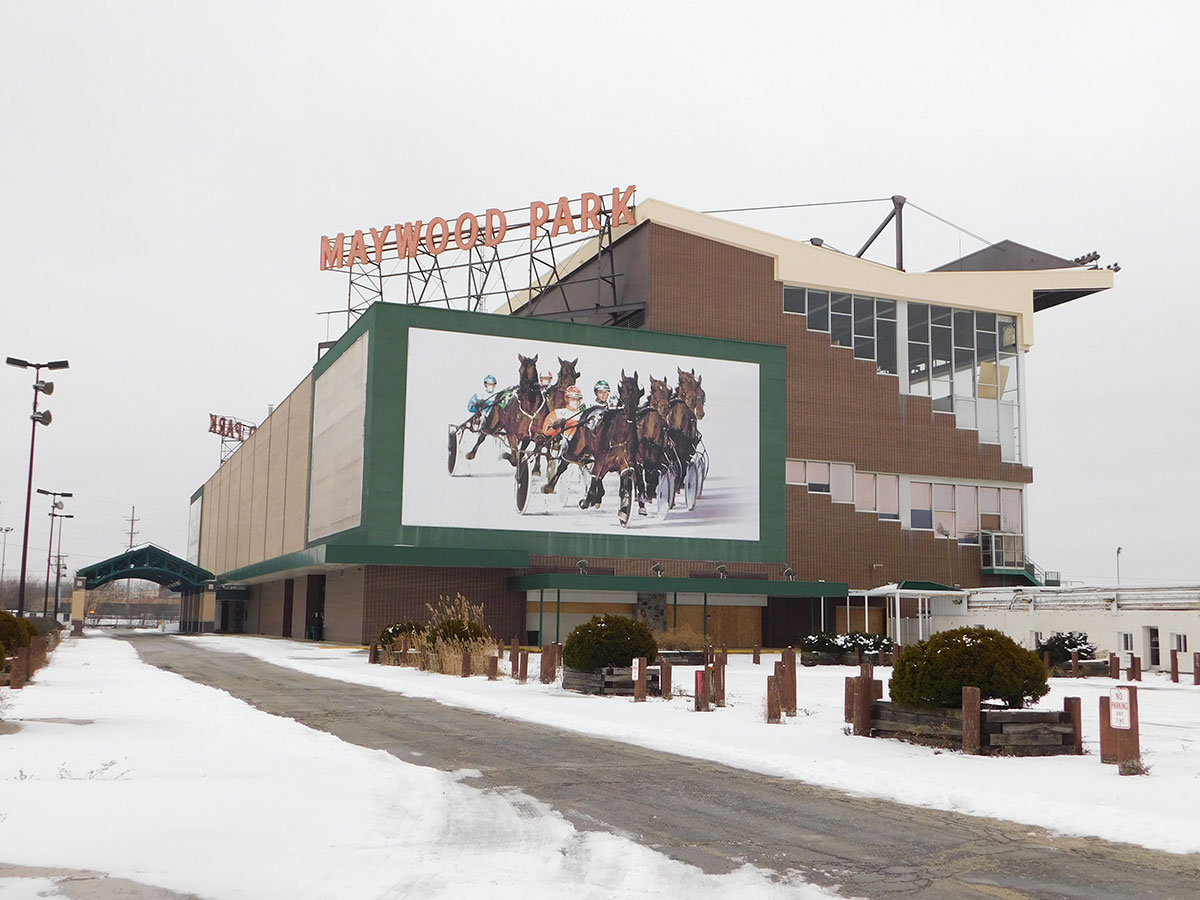 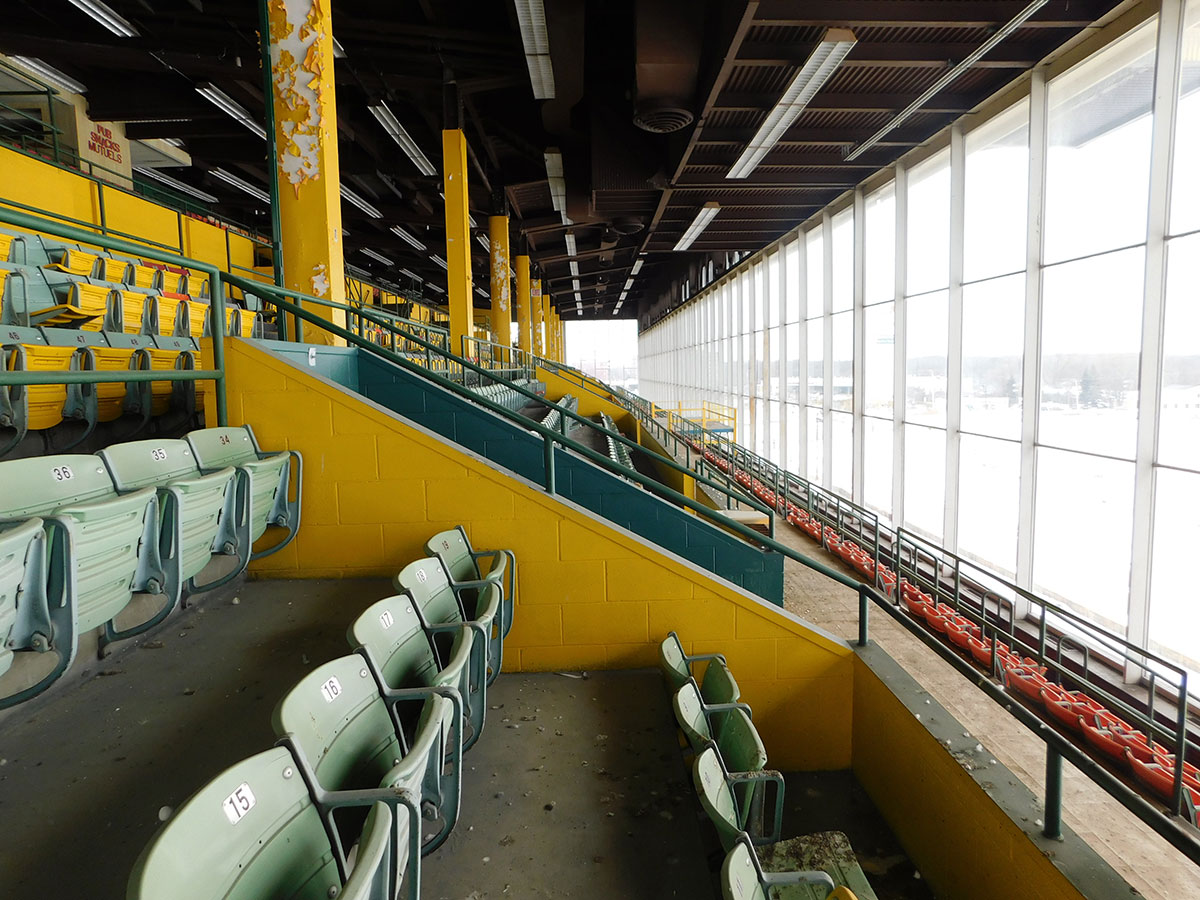 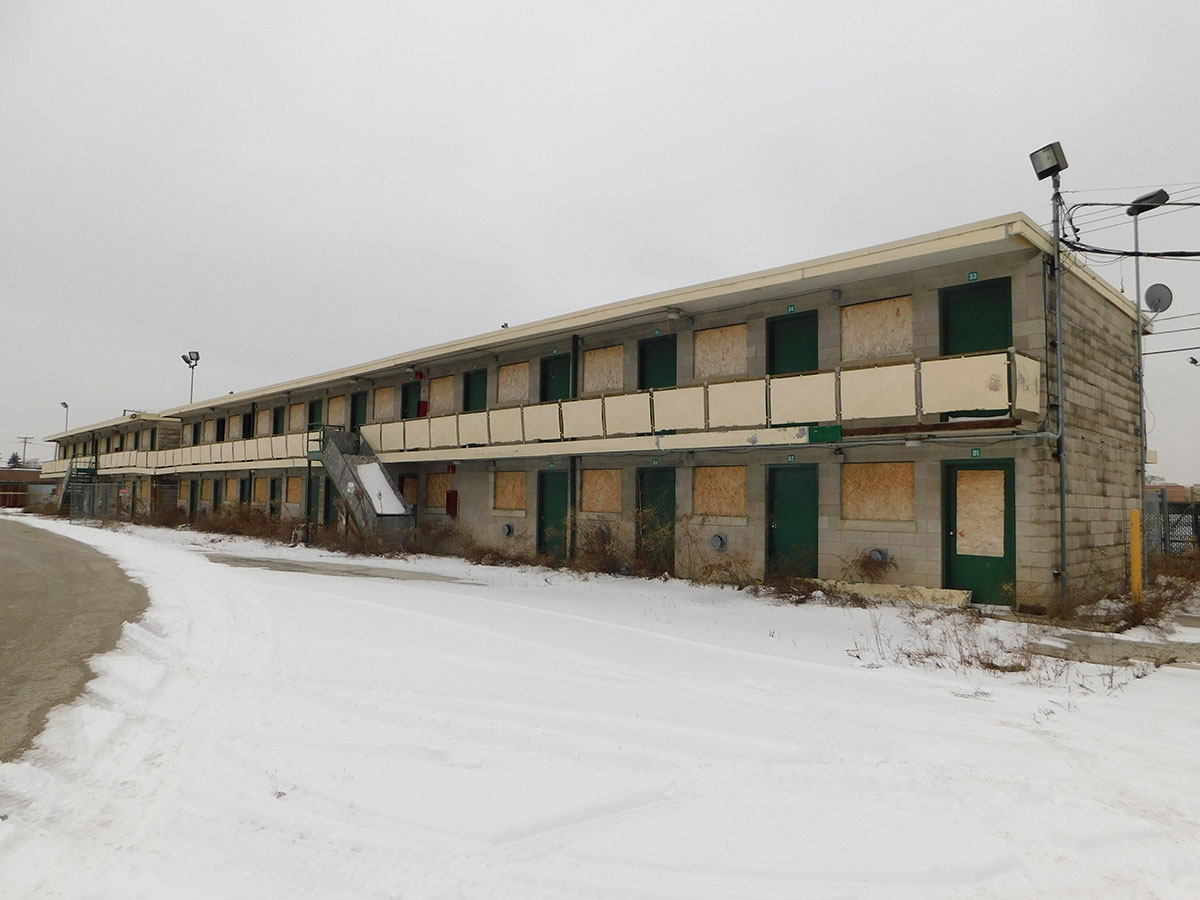 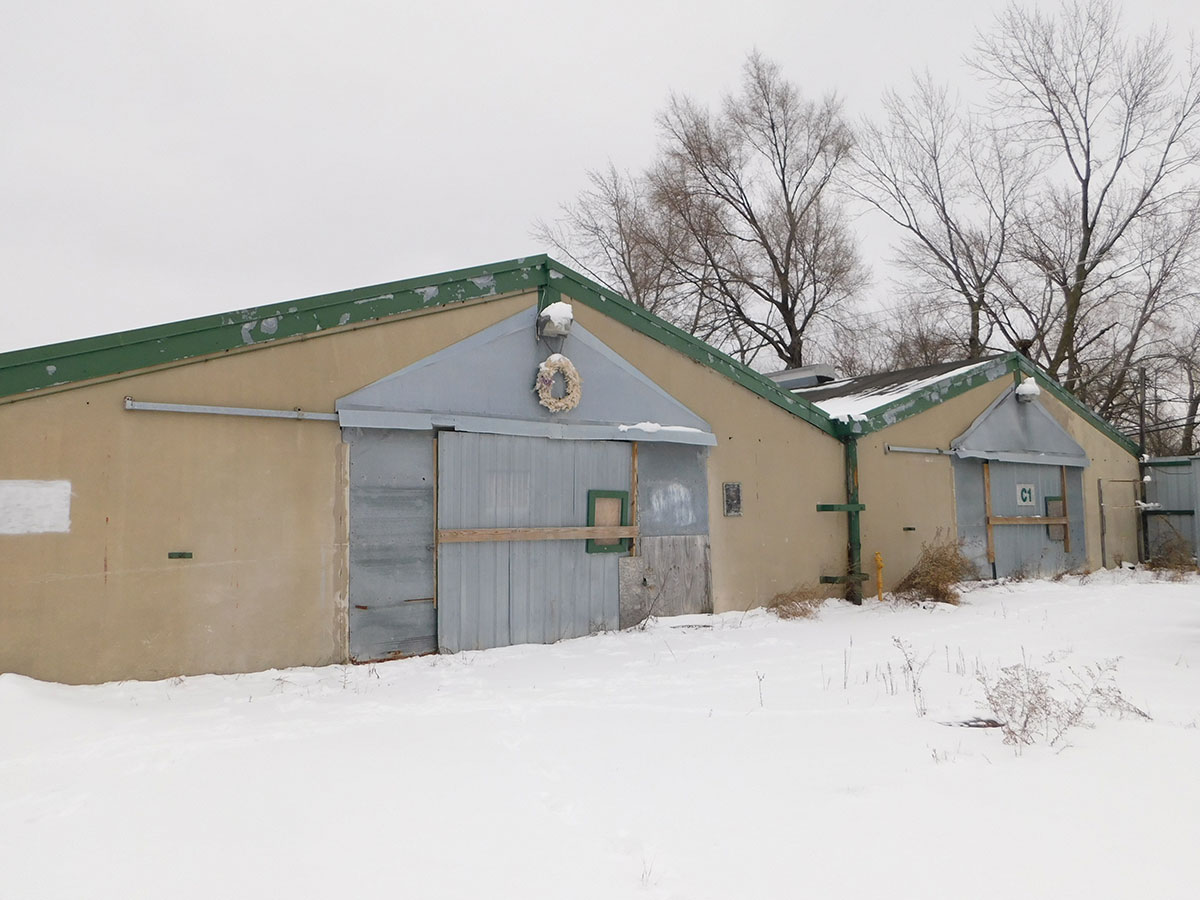 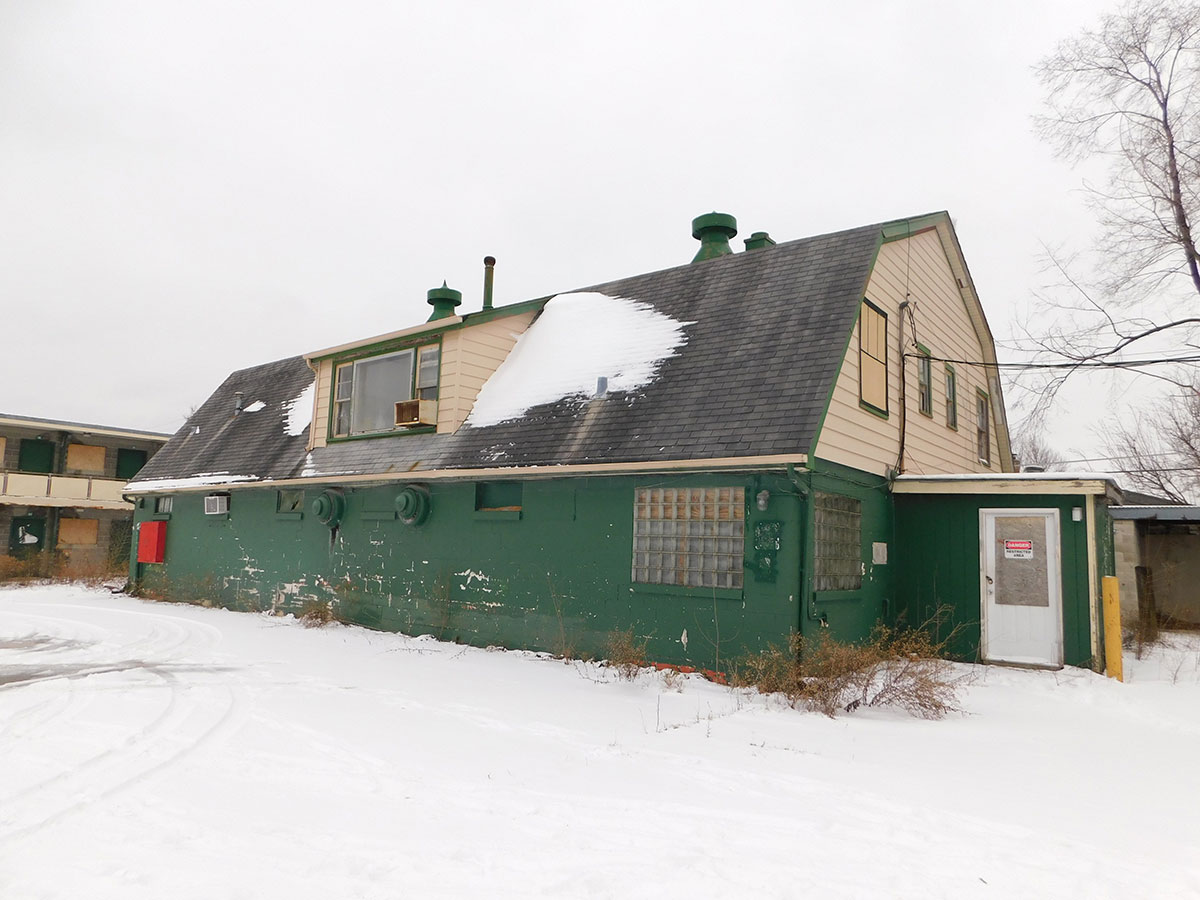 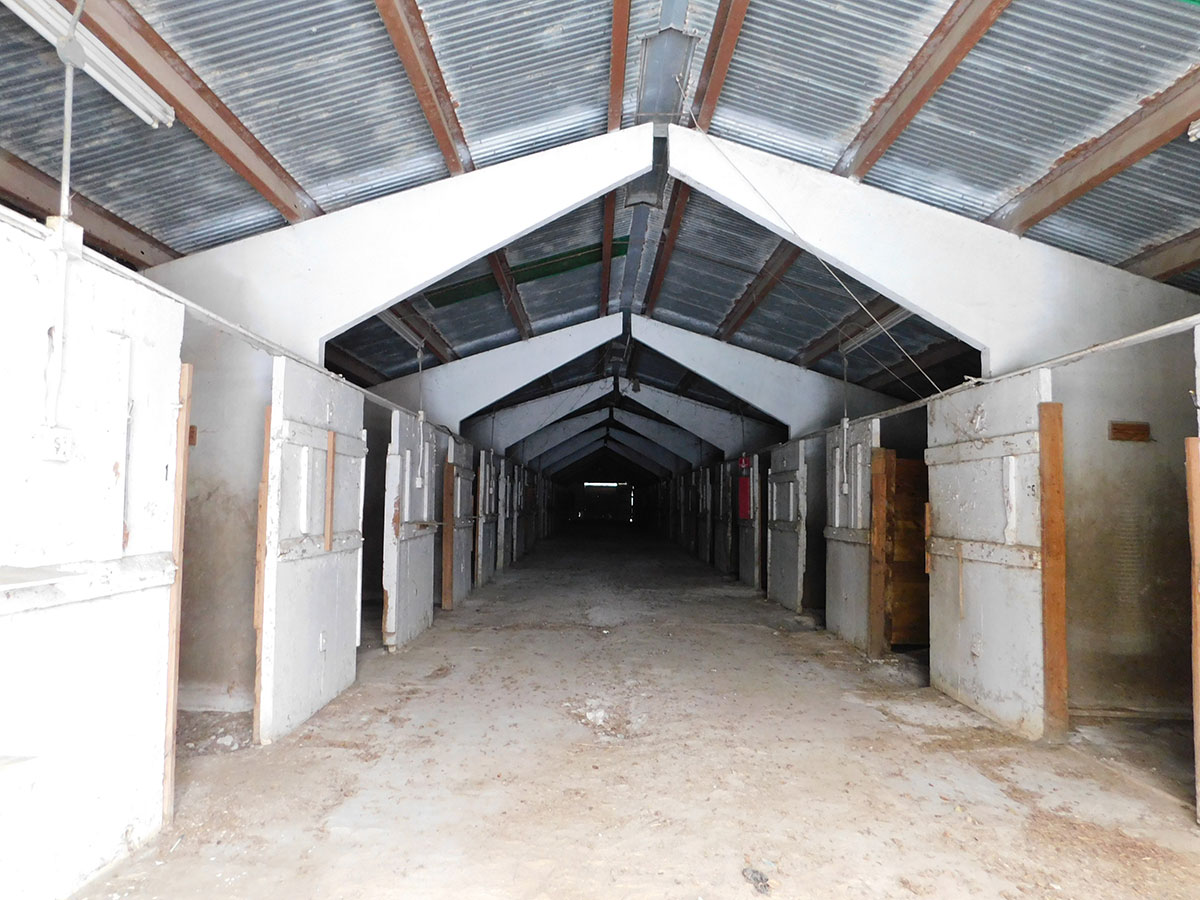