Jean researched and wrote the Historic Illinois Building Survey (HIBS) Outline Report for the Crane and Moreland Building. Contextual essays focused on the history of the building itself and on Chicago’s Clearing community area; the Spanish Baroque Revival style; and the significance of the architectural terra cotta industry in Chicago. The project was undertaken to mitigate the adverse effects of the building’s demolition, per the Illinois State Agency Historic Resources Preservation Act. Jean worked with sub-consultants hired to undertake the digital photography and create the measured drawings required for the recordation.

The Crane and Moreland Building, built 1927-28, was a visually exuberant example of the Spanish Baroque Revival style, which was unusual in the context of small-scale commercial architecture in Chicago. The three-story storefront building with apartments above featured the style’s characteristic hallmarks of spiral columns, curved parapets, shields, scallop shells, and balconettes. The finely crafted terra cotta façades of the Crane and Moreland Building exemplified the popular use of glazed terra cotta for both sheathing and ornamentation during Chicago’s construction boom of the 1920s. The grey terra cotta used on the upper floors was scored to resemble stone and alternated with the peach-colored terra cotta surrounding the storefronts and pavilions that featured a speckled finish. The building’s ornamental detailing was executed in cream- and mustard-colored terra cotta and was noteworthy for its attention to craftsmanship, detail and proportion. 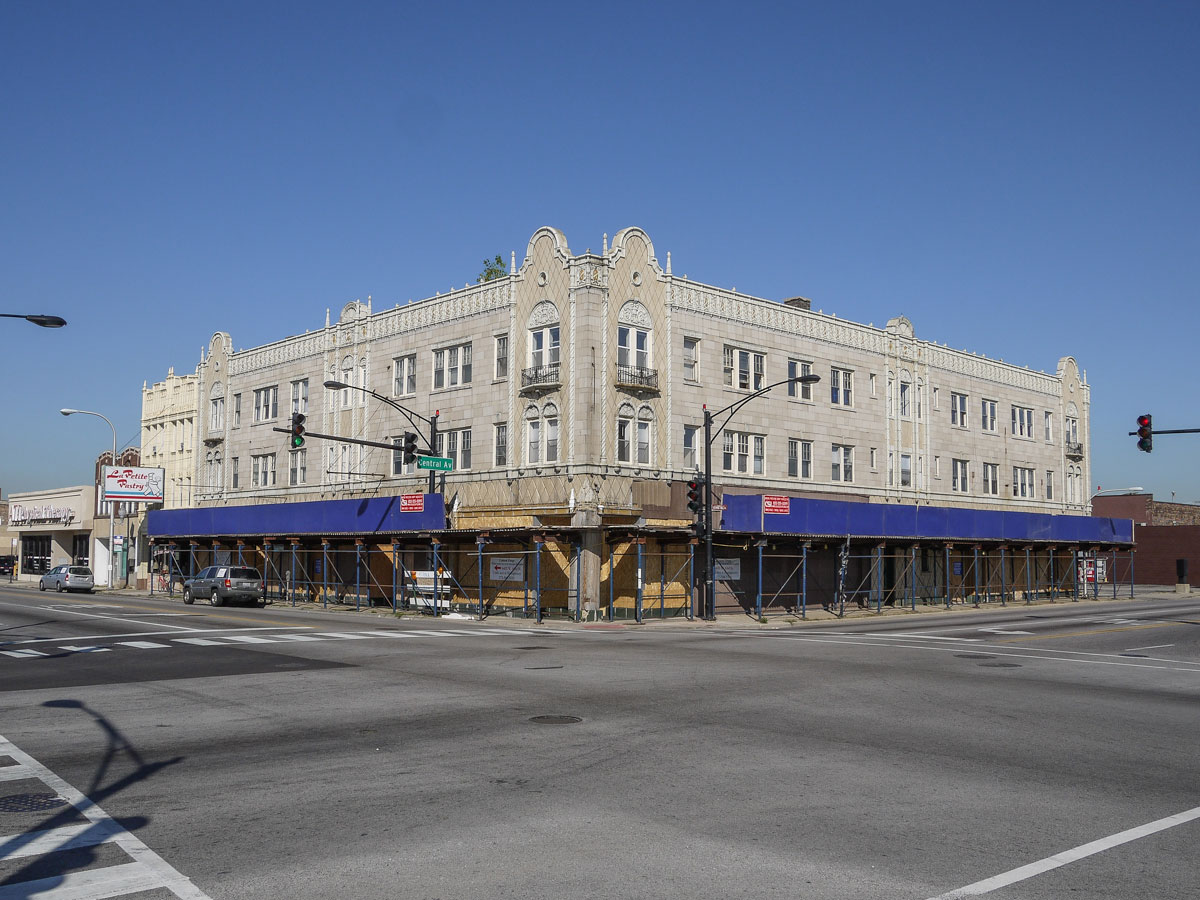 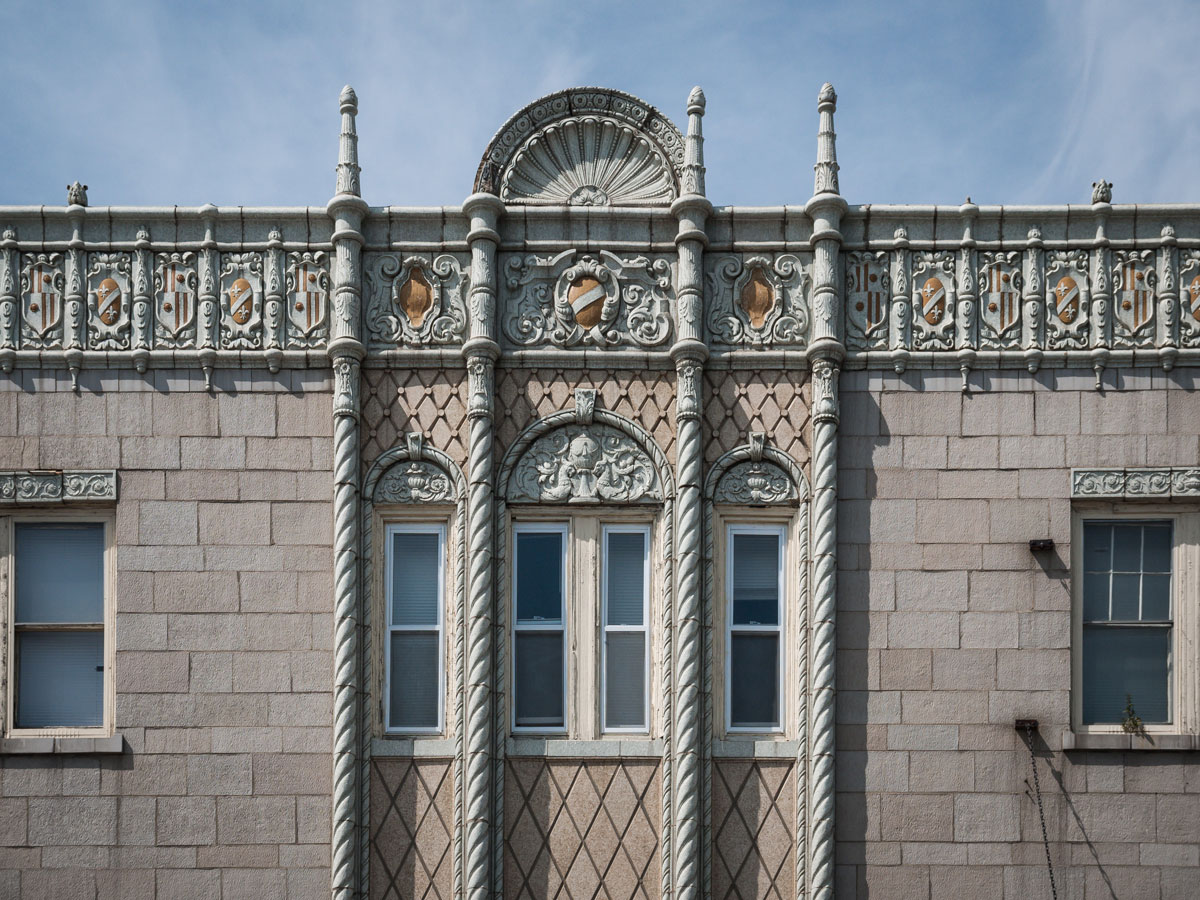