Jean authored a successful National Register nomination for Carl Schurz High School, which was built in stages between 1910 and 1924 and is locally significant under Criterion C for architecture. Schurz is a masterful work by Dwight Perkins, a progressive architect and early colleague of Frank Lloyd Wright. The grid-like appearance of its elevations, featuring closely spaced vertical piers and recessed spandrels, owes a debt to the work of noted Chicago School architect Louis Sullivan. The use of steeply pitched gabled roofs with wide, overhanging eaves are characteristics of the Prairie Style, as are the school’s boldly projecting brick piers and pylons, use of art glass windows, and masterful two-colored brickwork that eschews all ornamentation.

Schurz High School exemplifies the school design theories of Dwight Perkins, who designed at least 15 Chicago public schools during his 1905-10 tenure as Architect for the Chicago Board of Education. It includes his influential “tower toilet system” in which toilet rooms were stacked, allowing for at least one for each sex in each wing. Schurz was built with a separate gymnasium and assembly hall, spaces that became standard in Chicago public schools after 1905, thanks to Perkins. The original assembly hall (now the library) features a series of ceiling mural paintings that were executed in 1940 by Schurz students under the direction of German-born muralist Gustav Brand and the school’s art teachers. As the school expanded, it received two additional gymnasiums, a pool, and a larger assembly hall. 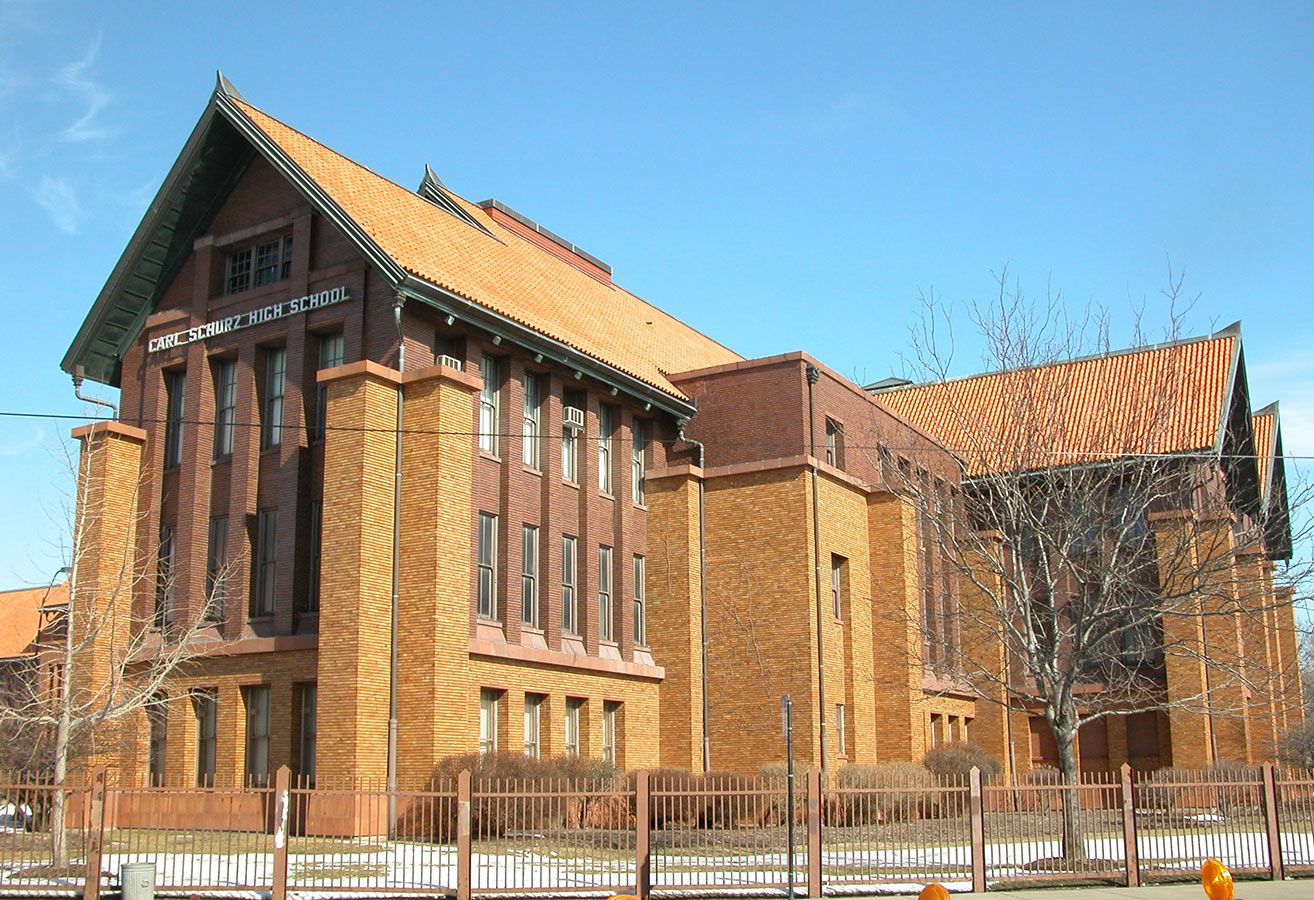 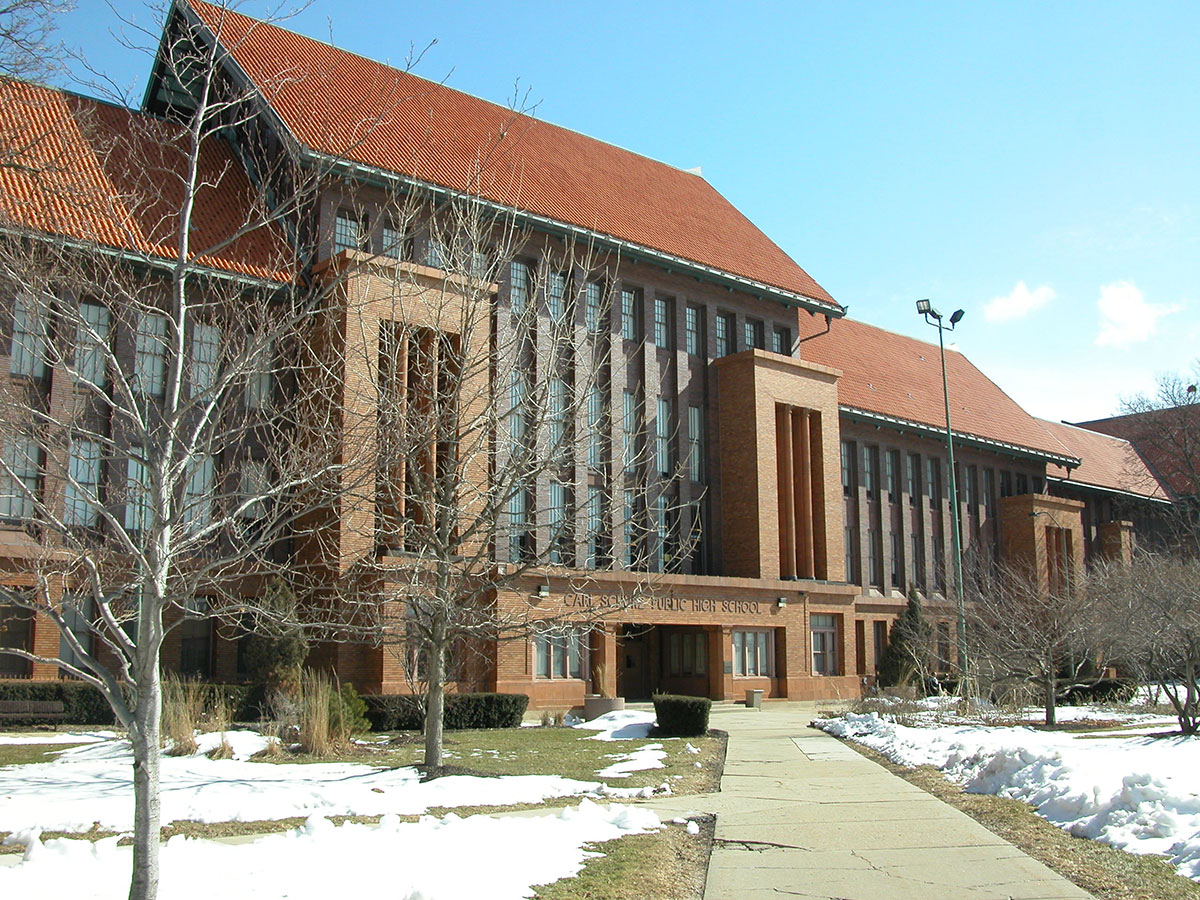 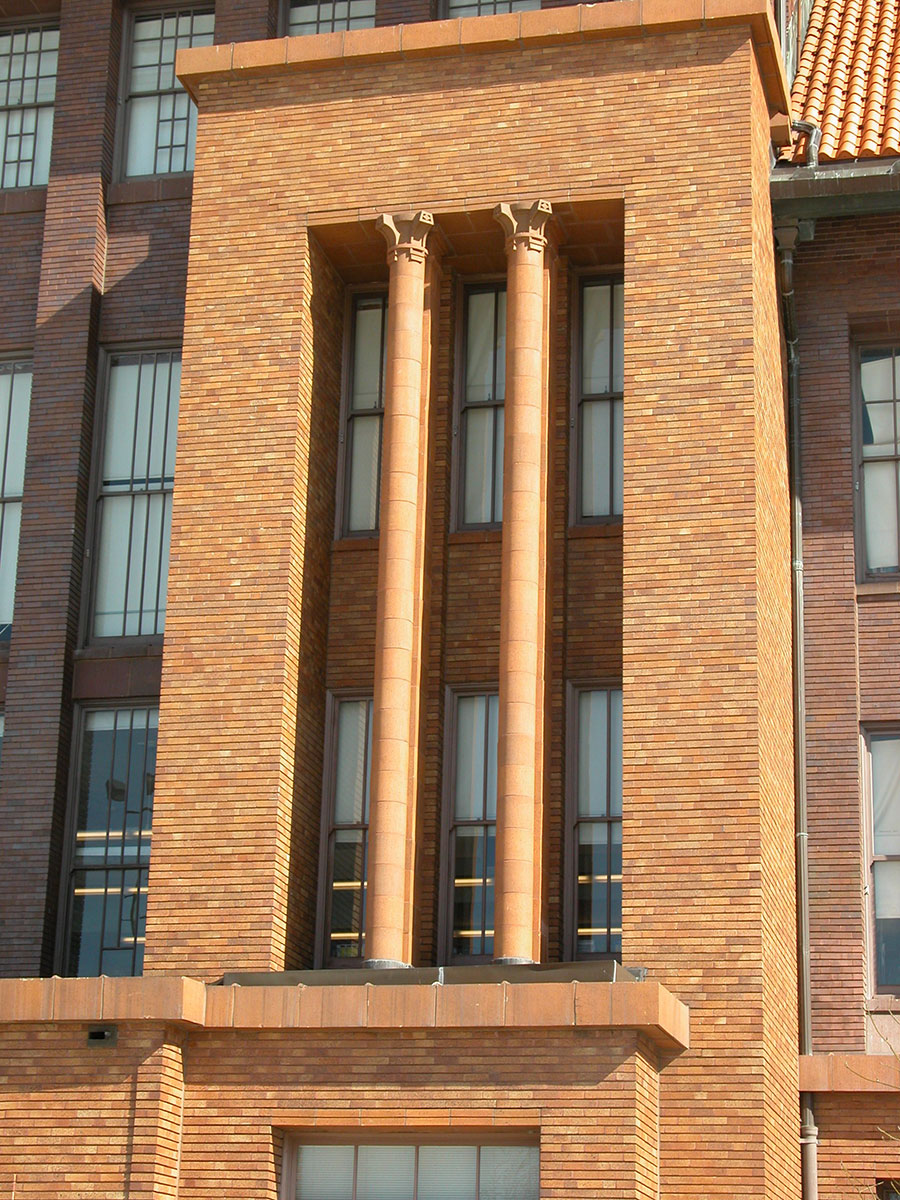 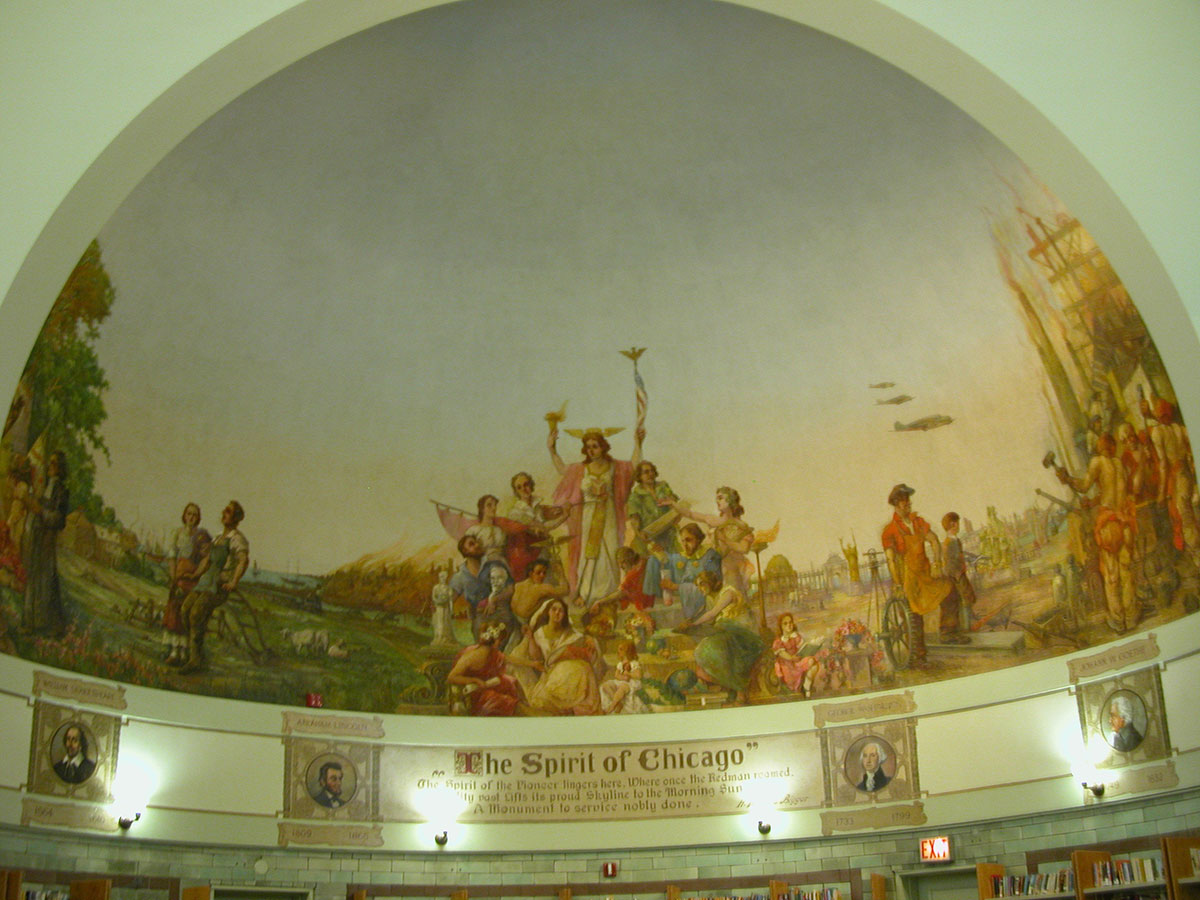 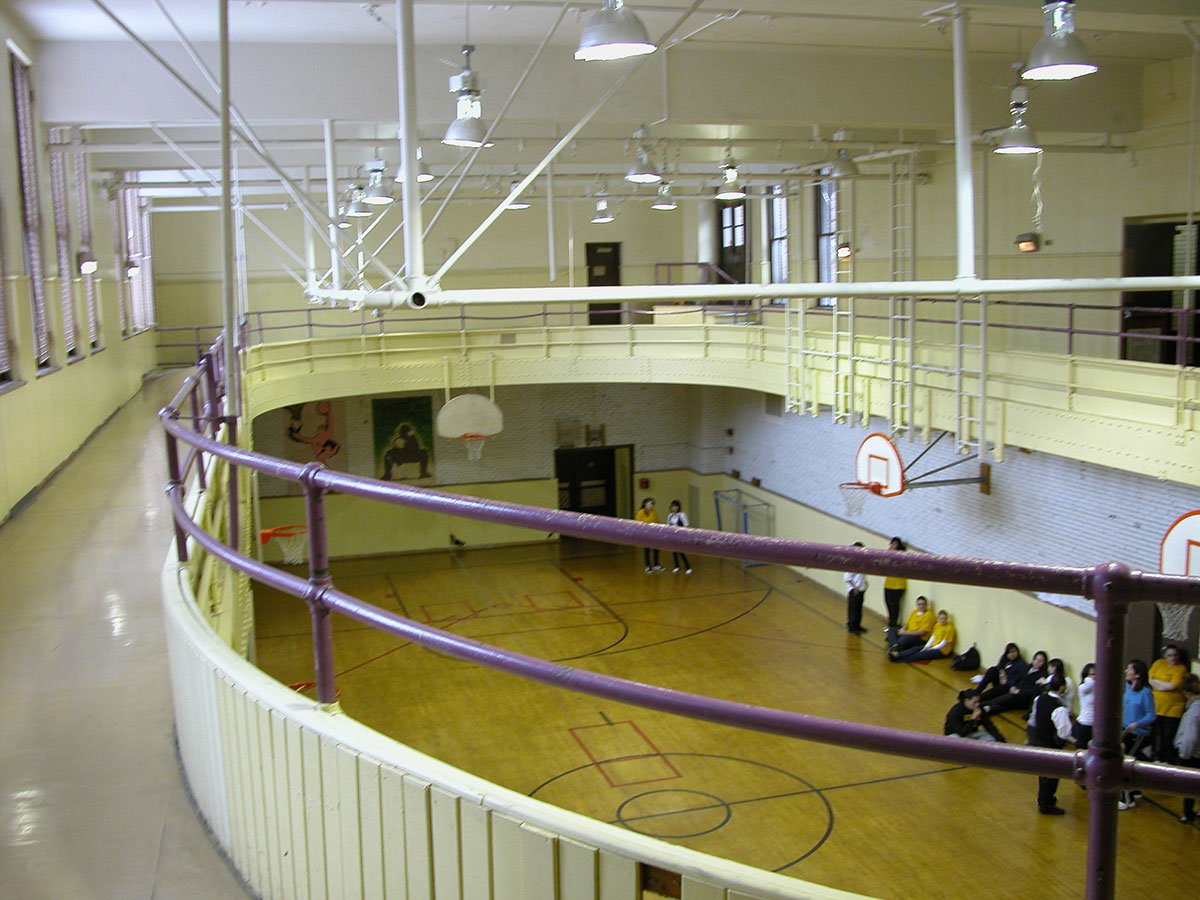 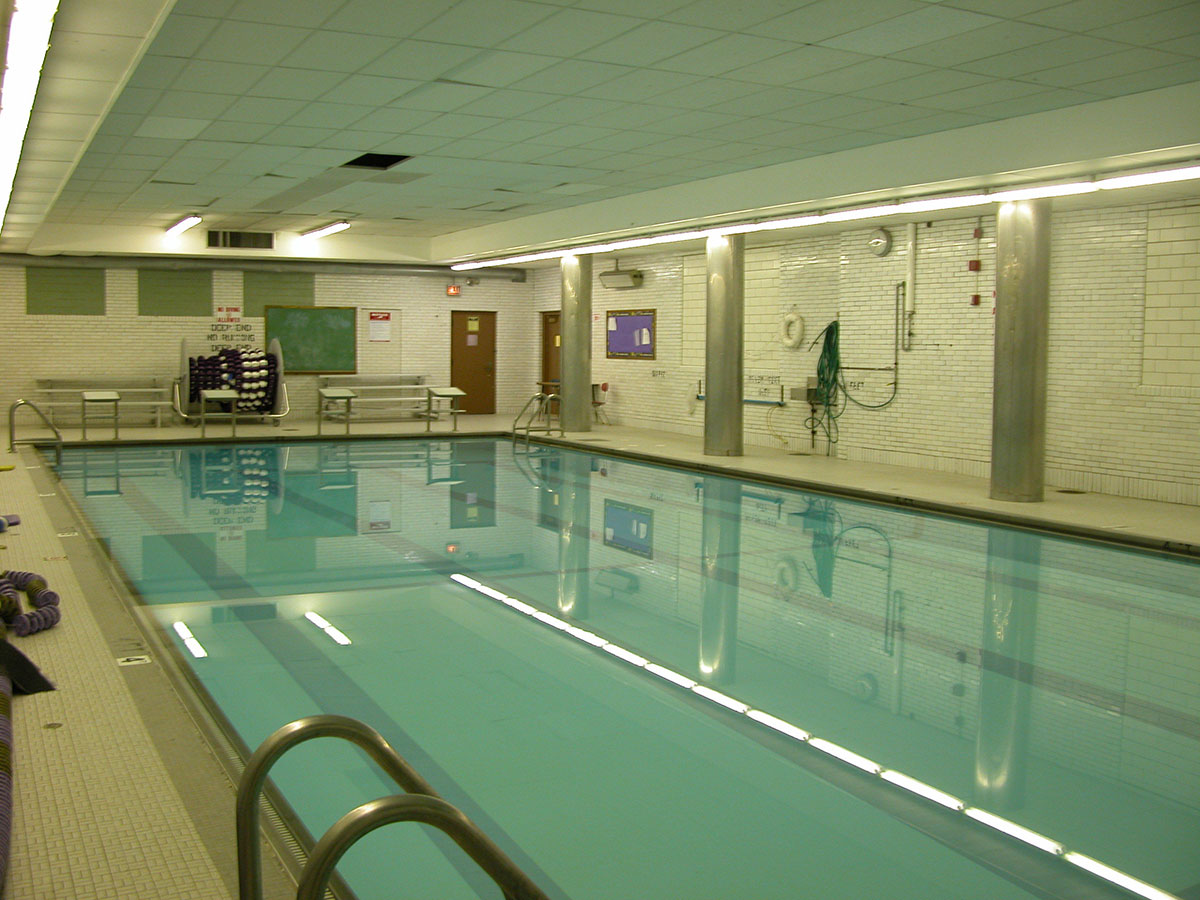